Sometimes, your best ideas come while doing other jobs: Boardgame designer Peter McPherson talks about the developing process and mechanics of his successful debut „Tiny Towns“.

Tiny Towns is a town building game for up to six players. What’s the goal?

Peter: Each player is a mayor who is trying to make their town the most prosperous town by constructing buildings that score points in different ways.

Despite the simple mechanics, strategic gamers can find a ton of depth here.

Peter: Making a building isn’t as simple as putting it on your board. Instead, players have to place resource cubes of different colors in patterns that match the patterns of specific buildings. When you have the correct pattern, you may remove the resource cubes and place the building token in any of the squares where the resources were. Depending on the mode you are playing in, players either must place resources as they are flipped from a deck, or they must place the resource that another player chooses on their turn.

The strategy comes down to managing your remaining space and figuring out what to do with resources that don’t mesh well with your plans. Because the game’s setup is randomized, the resources required to make buildings will always be different, making for replayability and different tactics.

Would you agree that Tiny Towns is still a family game for adults and (their) children? In the U.S., the game was formally rated 14+.

Peter: I absolutely think it is a game that can be enjoyed by adults and children. The rating on the box is more due to toy testing standards. I have seen kids as young as five grasp the rules without issue. Children are often better at spatial puzzles than their gamer parents!

Tell us more about the developing process of Tiny Towns. How did you came up with the whole idea?

Peter: The idea came to me when I was working a dull desk job. I wanted a board game that had the feeling of crafting from the video game Minecraft, and I figured that this mechanism was well suited to constructing buildings. I made a prototype on the same day I had the initial idea, and the first playtest went well. A lot of the basics were there from the start, including the seven building types and the 4×4 grid.

I reached out to several publishers to see if they were interested in taking a pitch at PAX Unplugged 2017. AEG was the last company I pitched to, and I was lucky enough to hear back from them within a few weeks. I had a fairly easy run of finding a home for Tiny Towns, but I did as much research, prep, and rehearsal before pitching as I could.

Tiny Towns is highly rated among gamers in Germany. Some say it has a good chance of winning the „Spiel des Jahres“-Prize in 2020.

Peter: It would be an incredible honor. The first three modern boardgames I played were Carcassonne, Catan, and Dominion, so I have long held the award in high esteem. 2019 was a great year for board games… we’ll see!

The first expansion – Tiny Towns: Fortune – is out now. What does it add to the base game?

Peter: Fortune adds a new mechanism: coins. Coins are worth one point each at the end of the game, and you can spend a coin when another player names a resource to place a resource of your choice. The primary way to earn coins is by making two buildings in a single round. This adds a new challenge for experienced players as they have to fill their board up with resources in order to make two buildings at the same time. It also adds two sets of building cards that interact with coins, as well as ten new monuments. I hope that this is an expansion that many groups choose to leave mixed in with the base game.

Do you have other upcoming games for 2020?

Peter: I don’t have any upcoming titles that I can talk about. However, I have several designs in the works, and I am always working on new Tiny Towns ideas with my co-designer for the expansions, Josh Wood.

Peter McPherson (* 1992) lives in Clifton Park, New York. He works as a freelance writer and editor. Tiny Towns is his first published game. Peters three all-time favorite games are Roll for the Galaxy, The Castles of Burgundy and Flamme Rouge. 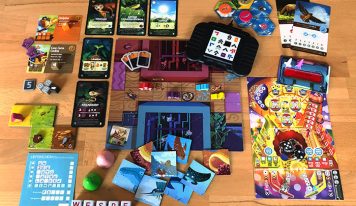 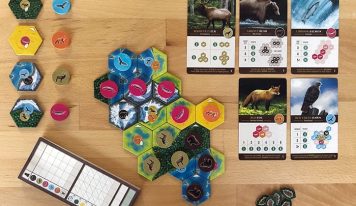 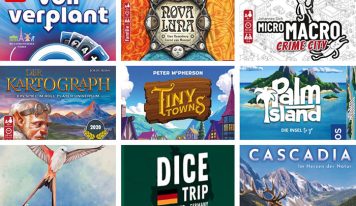 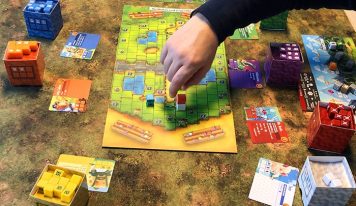 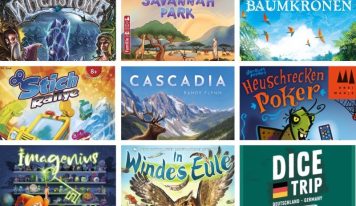 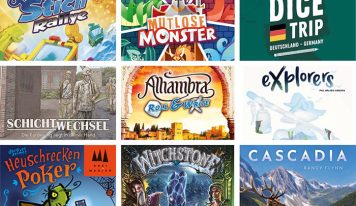 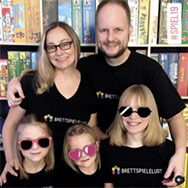 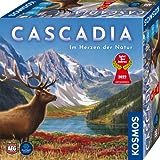 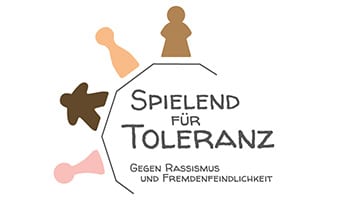